Twin Mirror is an episodic psychological thriller game in which the player has to solve a mystery. The game features a distinct film noir atmosphere and explores darker themes like redemption and duality.

The main protagonist is an investigative journalist named Sam. Sam is a very tortured and troubled person who had a harsh time recently. He's yet to overcome his breakup with his ex-girlfriend, and his old friend, a fellow journalist, had just died. As he arrives at Basswood, his childhood city in West Virginia, to attend the funeral, Sam finds himself in a hotel room, covered in blood, with no recollection of how he got there or what happened. He has to investigate it and restore his memories. On his quest, he receives advice - not always helpful, though, - from his inner self, a sarcastic voice he calls the Double.

The player navigates Sam not only in the real world but also within his Mind Palace, depicted as a surrealist environment. The game also explores the protagonist's flashbacks, making them playable so that the player can make difficult moral choices not only about Sam's present but also about his past. The narrative in Twin Mirror is non-linear, and there are several different endings. 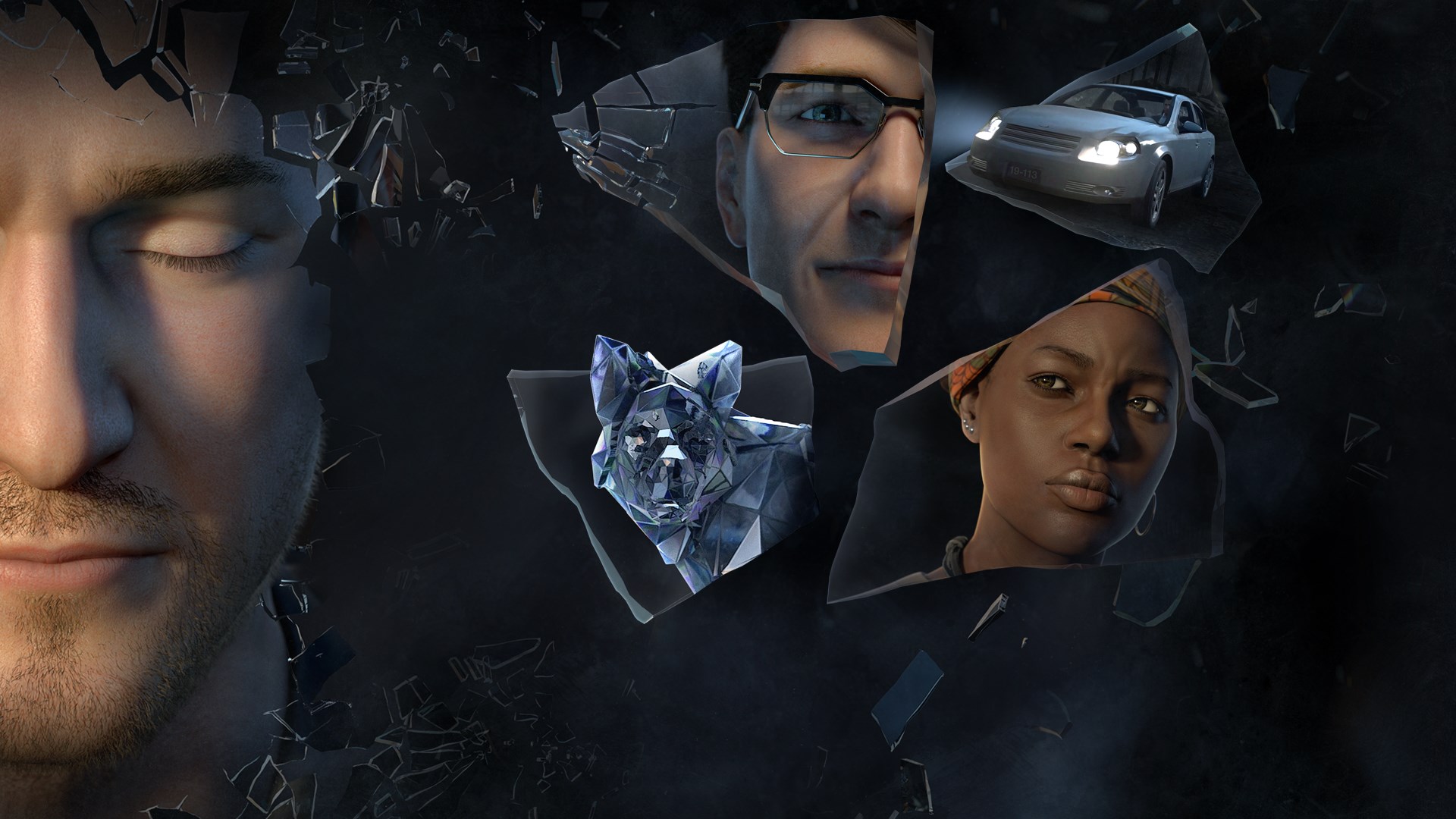