Annonse
Annonse
Total War Saga: TROY
PC
Sjanger:
Strategy
,
Action
,
Simulation
,
Utvikler:
Creative Assembly
og
Utgiver:
SEGA
Utgivelsesdato:
Hjemmeside:
https://www.totalwar.com
Nettbutikker:
Epic GamesSteam
Beskrivelse
King Agamemnon, wide-ruling lord of finely-walled Mycenae, hears his brother’s call. He summons Achaean heroes from far and wide, among them swift-footed Achilles and Odysseus of the silver tongue. The Greeks set course for Troy, towards inevitable war and slaughter. For there, on the battlefield before the great city, legends will be born…
TROY is the latest Total War Saga title; inspired by Homer’s Iliad, it focuses on the historical flashpoint of the Trojan War, evolving the series with new period-inspired features.
Through Total War’s unique blend of grand, turn-based empire management and spectacular real-time battles, Troy explores this epic conflict from both the Greek and Trojan perspectives – peeling back the layers of myth and legend to reveal the realities that may have inspired them.

Experience the events surrounding the era-defining Trojan War, brought to life as never before. Realize your legend as one of eight iconic heroes. Dive into a character-led narrative drama and overcome your antagonists. Build your empire through strategy, statecraft, diplomacy and all-out war, as you conquer this vast and striking recreation of the Bronze Age Mediterranean. 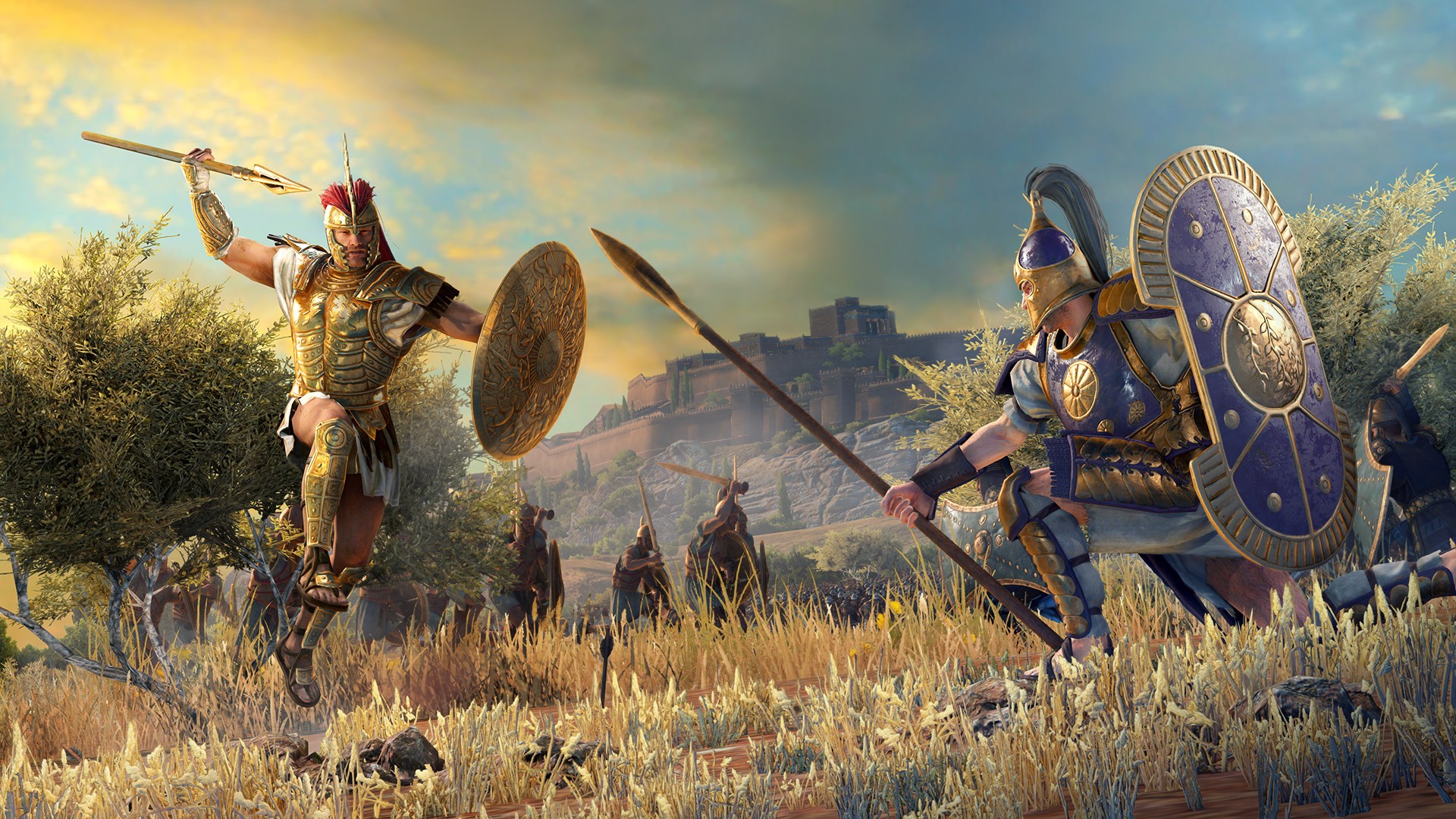 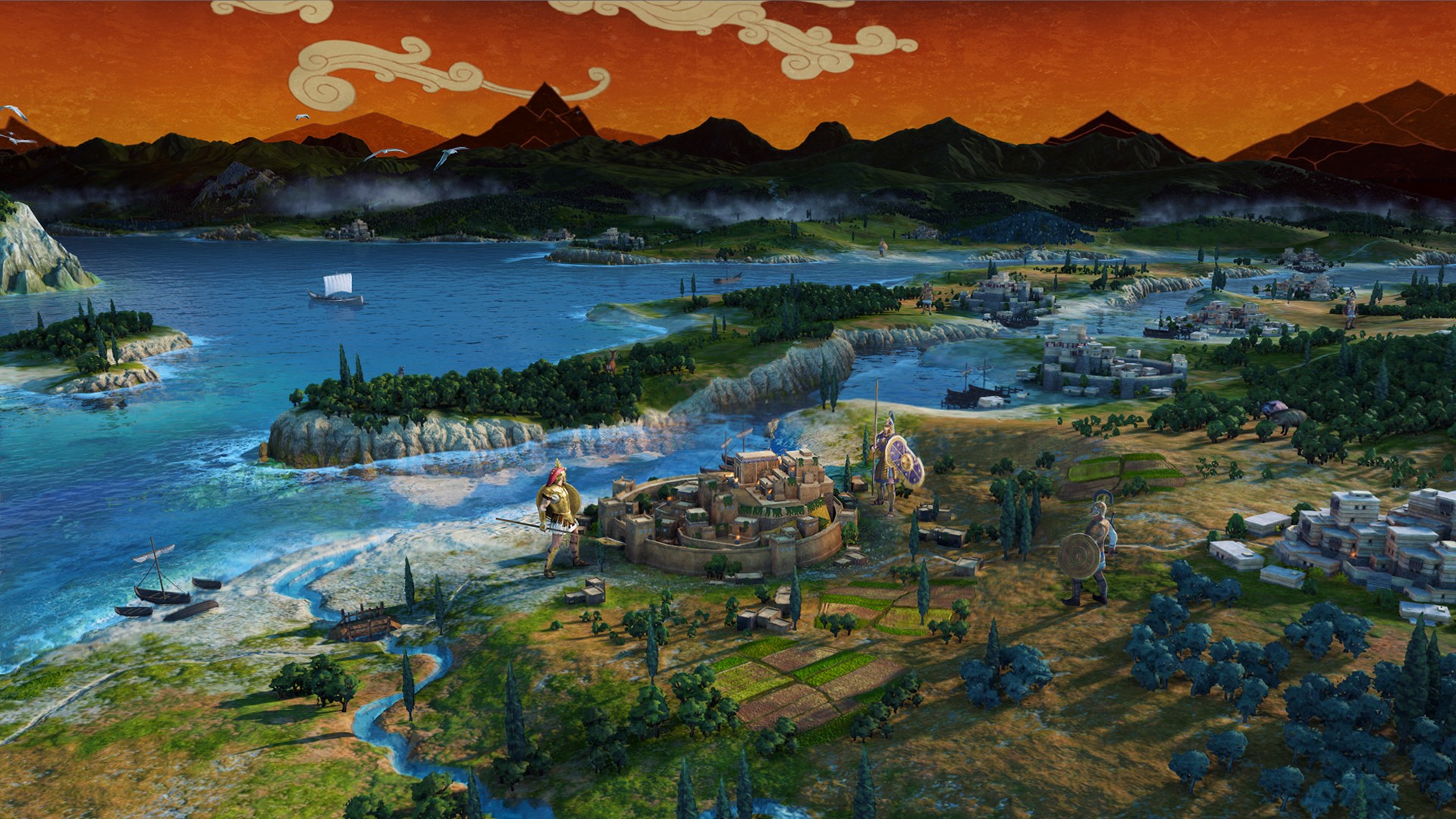 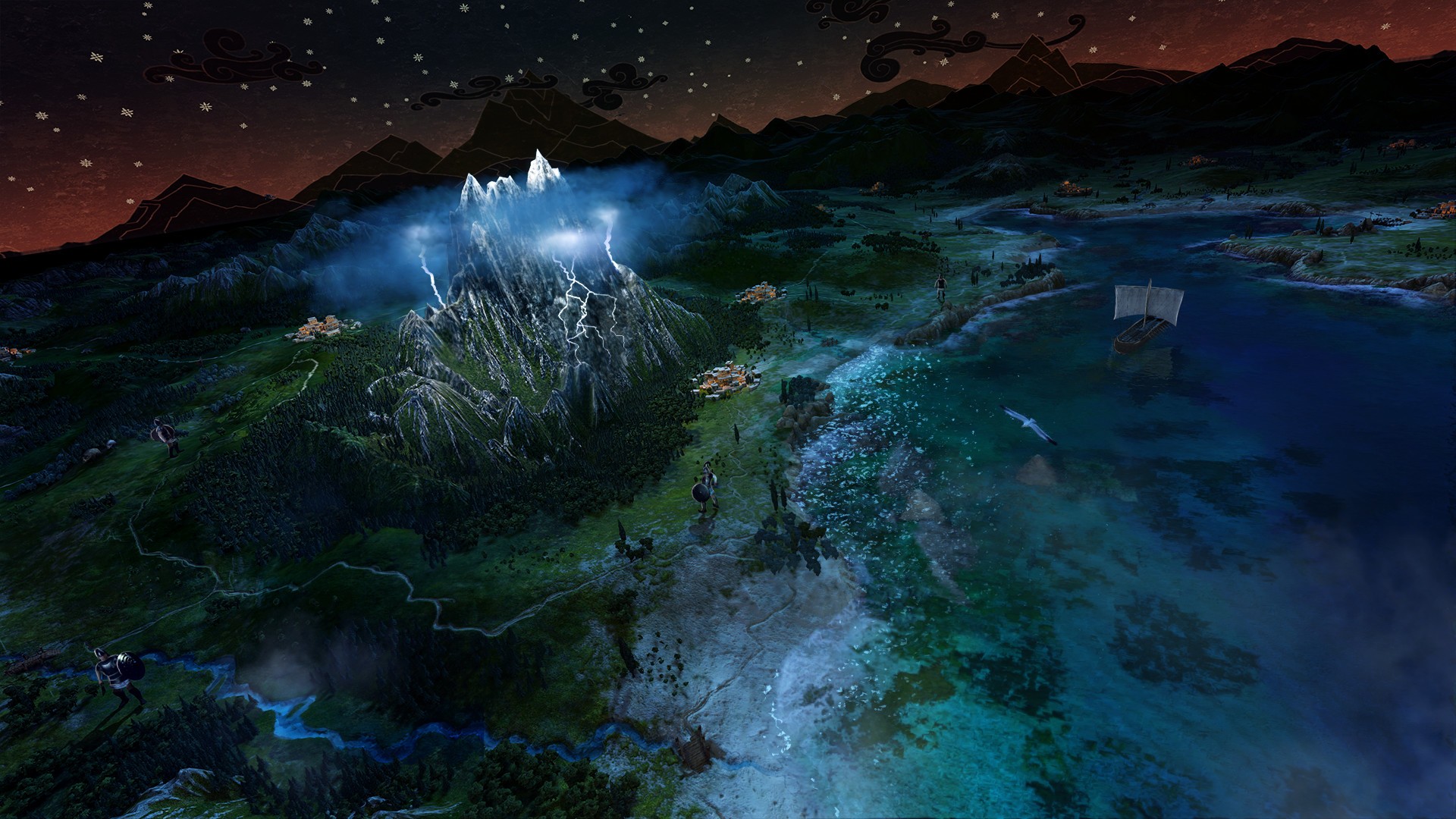 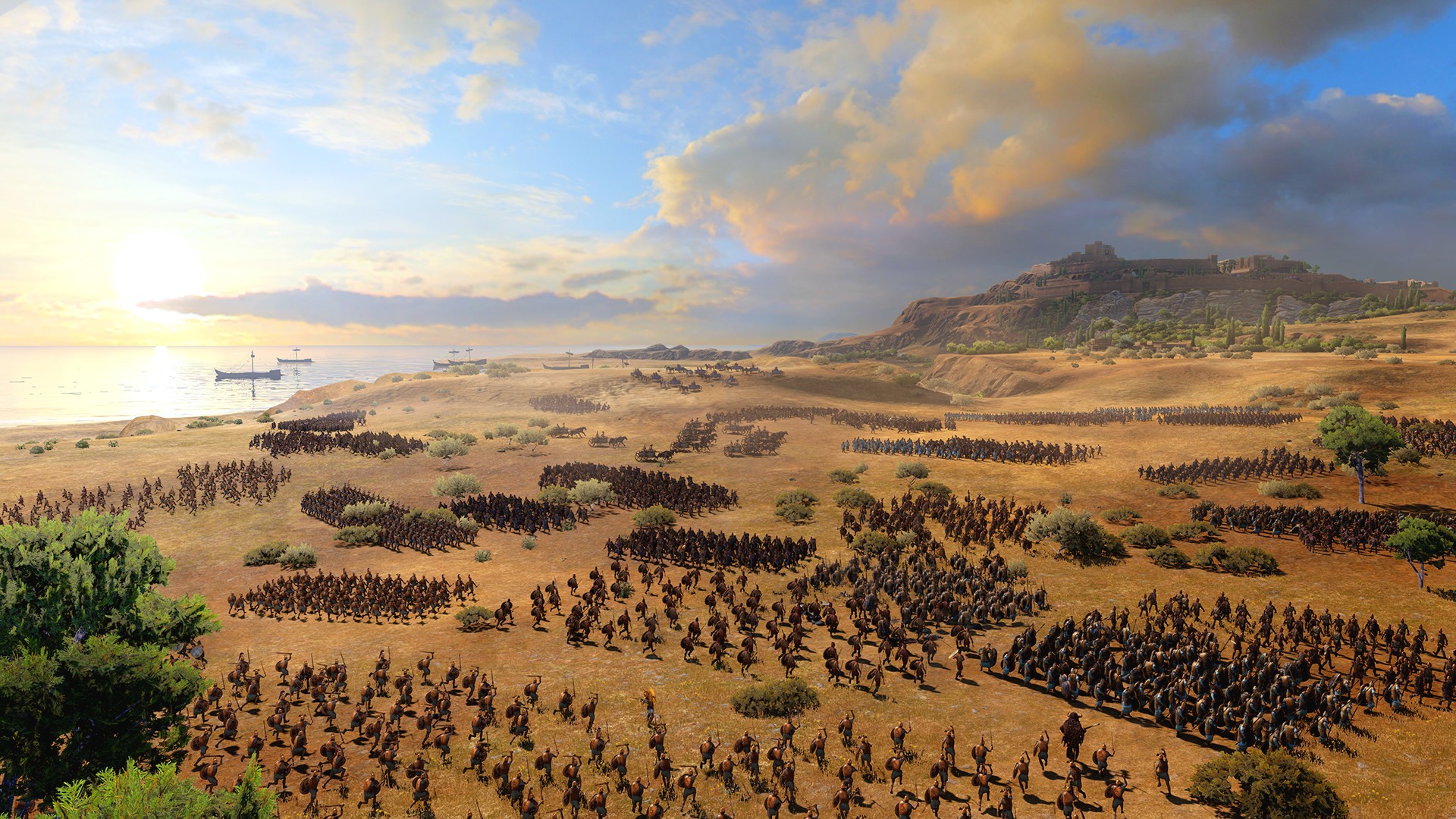 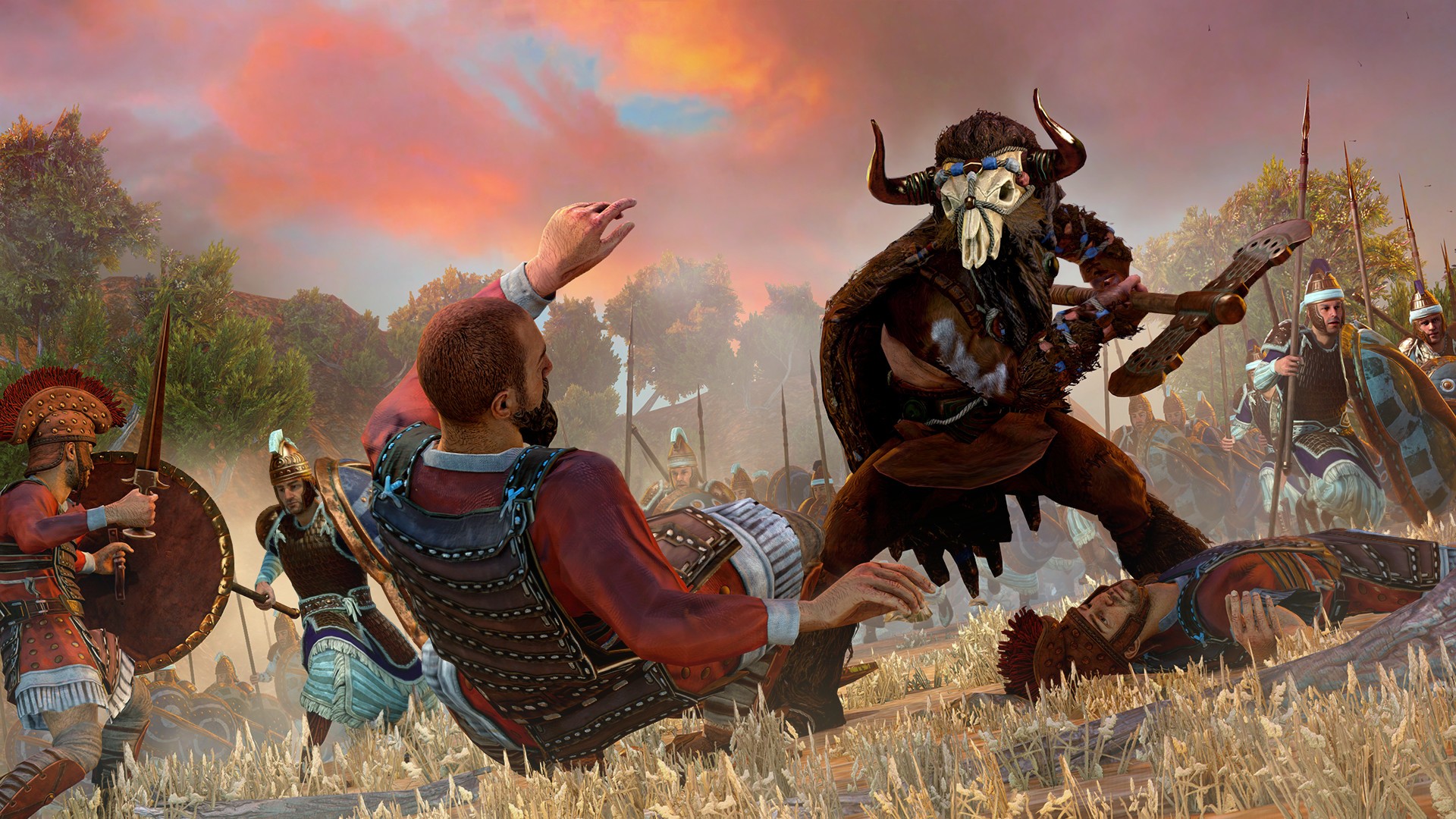